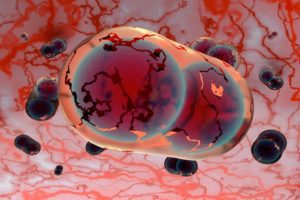 As I have researched the topic of bioterrorism, I have found this subject to be a uniquely challenging issue for society and nations to tackle to ensure the safety of their citizens. Dr. Jeffrey Ryan defines bioterrorism as, “the intentional use of microorganisms or toxins derived from living organisms to cause death or disease in humans or the animals and plants on which we depend.”1 In this article, I will point out the issues that make bioterror not only a difficult topic, but an extremely important one to focus on, as well. Although there has been a substantial amount of progress in this field during the past half-century, there are and will continue to be challenges that our society must solve to ensure a safer, healthier, and more prosperous future.

The first challenge with the topic of bioterrorism is that although bioterrorism is a global threat, the surveillance to it starts at a local level that is often national and kept secret from other countries. Our world is made up of sovereign nation states, in which every country is supposed to put in place surveillance measures, due to health being a national responsibility.2 This is true for natural, accidental and bioterror epidemics. However, to prevent bioterror attacks, health surveillance is only one component for prevention. As Dr. Fauci said in the foreword to the book, Bioterrorism, “Preparation for the next bioterror attack takes two major forms: intelligence and law enforcement activities to prevent an attack, and the medical and public health activities to prepare for, respond to, and lessen the impact of attacks.” 3 The medical component of bioterrorism will use the traditional surveillance that is also used to detect natural outbreaks of disease. The military and intelligence components use a different type of surveillance to detect terror groups, planned terror attacks, and the type of bioweapon. Bioterrorism is a unique topic because many agencies and institutions must be linked together to prevent an attack. Often, however, the different groups will not work together because they have their own political agenda.

A second main challenge is that people doubt that a biological attack will happen, which can impact budgets and vaccine production. A senior public health expert in Singapore recently told me that, in general, countries that have experienced large outbreaks, tend to put together a more coordinated response system.4 This illustrates that many countries do not focus on the issue of bioterrorism until an attack does happen within their country. This thinking can have many consequences, including budget cuts and no incentives for pharma companies to produce vaccines. Budget cuts are dangerous because they force institutions to reduce their research and surveillance programs. This will not allow them to pick up on outbreaks early on and in the critical phase to contain them. The belief that a bioterror attack will not happen also causes pharma companies to lose interest in producing a drug for an outbreak that is happening in another country. However, due to modern travel patterns, which sees an average of over 8 million people fly every single day5, there will be quite a high likelihood of the disease spreading to one’s own country. If it does spread to our country, we will be very underprepared and unable to deal with outbreaks because we will not have created a vaccine. Even though it often seems as if a bioterror attack happening in one part of the world has nothing to do with our own country, the reality is that our world is extremely interconnected and, because of that, an attack in one part of the world is the responsibility of all nations.

Another challenge of the topic of bioterrorism is that the WHO is not well equipped to handle outbreaks due to underfunding. Due to this, global response is not very effective and often cannot catch an outbreak within the critical time period to contain it. The WHO has limited resources and a very small response team that is not able to respond effectively to various outbreaks. Also, many countries resist telling the WHO about an outbreak due to fears of being stigmatized and tourism declines.6
In addition, the WHO have other priorities, as it is already trying to handle many natural outbreaks, so it does not have funding to put into bioterrorism, which is a issue that might occur but is not definitely going to occur in the future.

Another challenge that one faces when dealing with bioterrorism is that unlike with other forms of attacks or classical warfare, it is very difficult to practice effectively and do exercises to prepare for such scenarios. This issue makes it challenging to respond effectively to an attack because we will have no experience in dealing with such a scenario and knowing how to act in a bioterror attack. Although the United States has done simulations in the past to prepare for a bioterror attack, many other countries have not done any exercises. Some countries have not done any simulations in preparation for such a scenario, because there are more urgent things for them to focus on, such as access to healthcare and natural outbreaks. Also, a practice exercise is extremely expensive to conduct, because of the transportation of health care workers, government, and the materials involved and the laboratory equipment needed. Some of the exercises the United States has done include the 2002 Sooner Spring exercise in Arizona and the Dark Winter exercise in 2001.7 In reality, an attack would most likely affect multiple countries. Such a cross country scenario has not been exercised because the logistics would be very difficult to coordinate.

The last challenge of bioterrorism is that there are multiple ways to carry out a bioterror attack, it is often difficult to find a working solution for a wide variety of scenarios. A bioterrorist could use multiple pathogens, use multiple ways of dispersion, and multiple targets to attack. These targets could include humans, plants, livestock, and crops.8 Governments that want to keep their people safe face the challenge of addressing the complexity of this issue. It is difficult to find one approach that will work for many scenarios because the attacks can take many different forms.

The above are only some of the many difficulties that make it hard to put proper surveillance measures in place and create a coordinated and effective in response to bioterrorism. On the bright side, there are a lot of very capable experts around the world who are looking at these problems and working on solutions.

I recently discussed these issues with a number of highly trained experts and professors around the world and asked them for suggestions on how to address these challenges.

Dr. Tomoya Saito MD, MPH, PhD, a Chief Senior Researcher with the National Institute of Health and the Ministry of Health, Labor and Welfare in Japan, said that governments should conduct more preparatory exercises in order to be better prepared and improve defensive capabilities. He also suggested that more political commitment could be needed in order to pass better laws and regulations to make countries safer.9

A Senior Medical Officer I spoke with off the record in Hong Kong suggested that the approach the WHO might focus on more effectively was addressing the kinds of fears that arise in countries where pandemics are discovered, including the risk of isolation and negative financial impact, that can slow down and complicate effective responses early on.10

In Norway, Dr. Karoline Bragstad, a senior scientist with the Norwegian Institute of Public Health, felt that more effective responses to an attack would require information to be shared more freely between governments, without too many formalities and restrictions. That would help to stop infections from spreading rapidly across borders once an outbreak has been detected in one country.11

These suggestions are all part of a greater effort that is being taken to counter bioterrorism in many countries across the world. Multiple steps, including political commitment, increased information sharing, and tailored global approaches by multilateral organizations, must be taken to solve the challenges that bioterrorism presents and to ensure that a bioterror attack will not occur.

Although there has been a substantial amount of progress in this field during the past half-century, there are and will continue to be challenges that our society must solve to ensure a safer, healthier, and more prosperous future.