Home » A Japanese Perspective on Outbreak Preparedness: Prevention and Response to Biological Threats 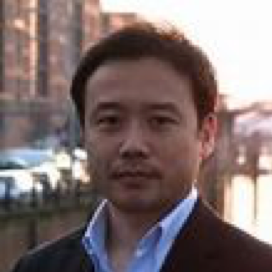 Last summer, I met with Dr. Tomoya Saito in Tokyo to learn about outbreak and bioterror preparedness in Japan.

Our conversation will be posted in two parts. Part I (below) is about the role that different Japanese institutions play to prevent and respond to biological threats.  In Part II (to be posted soon) we will discuss how dual-use technologies change the risk of biothreats.

Dr. Saito is Chief Senior Researcher at the Department of Health Crisis Management of the National Institute of Public Health of Japan (NIPH). His current area of research is biosecurity, public health emergency preparedness and response, and simulation epidemiology. He is based in Saitama, Japan.

Q: Dr. Saito, thank you for taking the time to meet me today. Would you mind telling me a bit about how biodefense and preparedness planning in Japan is organized and who is in charge?

Dr. Saito: Certainly. Infectious disease control is the responsibility of the Minister of Health, but terrorism is the responsibility of the Cabinet Secretariat, directly under the Prime Minister. It is a coordinating role, so it does not respond directly to incidents per se. Terrorism attacks require a multi-governmental approach and therefore it is normal in many countries to have a coordinating agency.

The responsibility for reporting incidents starts at the local public health authorities, then goes to the prefectures and ultimately reaches the Minister of Health. There are about 150 criteria that doctors should report when they find issues and then they are supposed to send a notification to the local health committee of the central government. That is the basic system.

Q: What about the surveillance and monitoring of biological threats. How is that organized and who is in charge of this activity?

Dr. Saito: Infectious disease surveillance is the responsibility of the Ministry of Health, but the Ministry of Health does not cover all aspects thereof, for instance they are not responsible for radiation related issues. But at the local level, it is the local public health centers that are primarily accountable. The prefectures also have responsibilities in this regard as do the large municipal authorities.

Q: How would you describe the role of national health agencies in Japan compared to the United States?

In the US, the National Institutes of Health (NIH), the CDC, etc. have similar but slightly different roles. The NIH has one role, the CDC has another, involving more control. 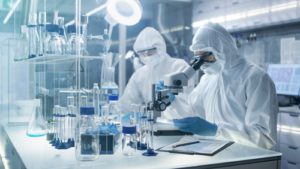 Scientists in a high security lab. Picture by Shutterstock/Gorodenkoff

In Japan, the NIID (National Institute of Infectious Diseases)[2]has laboratory capacity at the highest levels and makes the final diagnosis of pathogens. In case of bioterrorism, however, the police have their own National Police Laboratory that comes into play. However, the NIID usually has the highest level of technological capacity.

The Ebola outbreak in Africa several years ago was an example of this governmental approach in action, with the Prime Minister establishing a committee at the highest level, which coordinated the effort. That sort of effort at the highest level is most important. It is a huge challenge, since catching patients at an early phase is so critical!

Q: How does Japan collaborate with other countries and with the WHO regarding natural and deliberate public health threats?

Dr. Saito: Normally the WHO will coordinate and share information under the International Health Regulations (IHR) and all countries should make reports to the WHO of any incidents that may constitute a public health emergency of international concern. The WHO will then make recommendations on how to approach the issue.

But many in the public health field are worried about the lack of capacity at the WHO in the event of terrorist incidents, so the GHSI (Global Health Security Initiative) was established. The GHSI works through the G7 and Mexico to coordinate in respect of chemical and biological emerging threats. However, it is only a platform and not an organization that is designed to actually respond.

Unfortunately, however, biological weapons incidents don’t have such a system to support investigative work. That is due to the nature of the BWC itself; when it was negotiated and entered into, the US was against incorporating an investigative mechanism.

Q: What do you see as the challenges of the role of the WHO?

Dr. Saito: The WHO can’t go or investigate independently and even if it could, it must collaborate with host countries.

Q: What would be your suggestions for a more coordinated approach?

Dr. Saito: We need more exercises and more political commitment in this area. Usually, politicians talk about vaccines; but they don’t mention the importance of exercises. In other context, governments conduct many kinds of exercises to prepare and improve their defensive capabilities, but biological weapons attack exercises are more complicated to run. Usually, for chemical weapons attacks or in the case of explosions, the response time is very short, maybe just hours. In a bioterrorism incident, by contrast, the relevant time frame is slower – maybe days, weeks, or months. It is harder to define the geographical areas or the specific population groups that need to be contained. In an outbreak context, those kinds of controls are much harder to simulate. Those governments which do conduct such exercises often don’t make it open or publicize it.

Q: At what point would Japan ask for help from abroad if there were a bioterror incident?

Dr. Saito: That is a good question. It takes time to define the occurrence of an incident. In the case of a biological event, Japan would report it to the WHO, but usually it would not ask for help from the WHO. The US might offer help.

Q: Considering how different countries think about responding to bioterrorism, what in your view is the most effective structure to have in place, a national health system (such as the UK) or a decentralized one (such as the US)?

Dr. Saito: The surprising downside with having a highly centralized capacity is that you run the risk that local capabilities decrease. Some countries have very centralized systems, which on the surface would seem to be very useful in this situation, but in reality, they might result in a weaker capacity at the local level.

Once you decentralize your system, the central government has less control, but the local prefectures have their own responsibilities and then as a consequence they usually apply more resources to meet the need.

The best approach is probably to centralize technical issues but decentralize reaction and operational implementation.

Part II of this conversation will be posted soon. Stay tuned!

[2]A full description of the National Institute of Public Health Japan can be found here: https://www.niph.go.jp/wp-content/uploads/pamphlet_en.pdf