Home » Interview with Dr. Tomoya Saito – The Risks of Dual-Use Technologies for Biosecurity 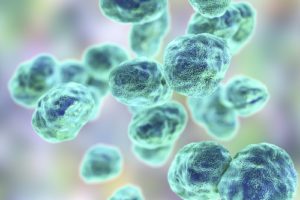 Over the summer, I met with Dr. Tomoya Saito in Tokyo to learn about outbreak and bioterror preparedness in Japan.

This is Part II of my conversation in which we discuss the risks of dual-use technologies for biosecurity. Part I focused on the structure of the Japanese preparedness system and was posted in March.

Dr. Saito is Chief Senior Researcher at the Department of Health Crisis Management of the National Institute of Public Health of Japan (NIPH). His current area of research is biosecurity, public health emergency preparedness and response, and simulation epidemiology. He is based in Saitama, Japan.

Q:  In general, what would you say are “hot topics” or areas of concern in the public health arena these days?

Dr. Saito: Dual-use and future risks are hot topics now, because these are areas that are much easier to discuss for people outside of government. Information about bioterrorism can be difficult to access publicly.

Q: The debate on dual-use research technologies seems to become more wide-spread lately with more experts weighing in on the discussion, at least in the US. To what extent do these new dual-use technologies increase our risk of bioterror events? 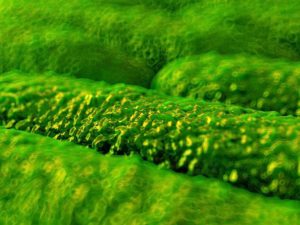 But the concept of weaponized biological pathogens is scary for society. Since the concept itself is so terrifying, it might be that the terror of a biological weapon is enough in and of itself to achieve the objective. But because of the aforementioned complexities, it is less clear that one could easily be able to actually hugely damage a society with such a weapon. That might change in the future, but one would have to test such a weapon to see if it really could replicate well.

That said, history has given proof to the general concept of spreading food-borne, water-borne, and airborne biological agents. Any such type of agent could be used by a terrorist and be released, for instance, via infected persons. The smallpox virus outbreak in 1960 is an example. That outbreak started in Africa but then an infected person came to Europe. So, it is possible.

The creation of new technologies in this space via open source competition is a fear. But to be effective, you would need lots of resources, including money, time, etc. The former USSR, for example, spent a lot of money on developing biological weapons, but to keep the project in secret, they did not share their information. Some researchers pointed out that this was a barrier to successfully being able to develop such technologies.

Q: Are there other issues or implications of dual-use technologies?

Dr. Saito: Another issue is how to regulate new pathogens. To prevent biological weapons, you have to control/regulate the possession of pathogens. Many countries ban the possession of pathogens but how do you effectively control new pathogens that are not named in the law? There is no work currently underway to think about this. Maybe the best would be to focus on the technical aspects, e.g. just possession of a part of, say, ricin. Just ban the DNA cord. But that is still difficult – how do you best define what needs to be banned?

Q: Thank you much for this interview!

Dr. Saito: You are welcome!