Home » Update on Ebola Outbreak in the Democratic Republic of Congo 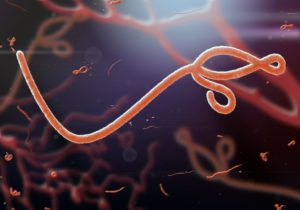 The World Health Organization has recently declared the nearly year-long Ebola outbreak in the Democratic Republic of Congo as a Public-Health Emergency of International Concern. The declaration was made after recent developments in the outbreak made it one of international concern.

On July 15th, the first case of Ebola was reported in Goma, a city of roughly 2 million, situated on the border to Rwanda which serves as a gateway to other parts of the Democratic Republic of Congo (DRC) and the world. Previously, the outbreak has been concentrated further from the border to Rwanda, Uganda, and other neighboring countries, which limited the threat of the disease spreading. A Public-Health Emergency of International Concern (PHEIC) signals that the disease could pose a health risk to the international community and other countries. Due to the confirmed Ebola case in Goma, the situation poses a risk of spreading to neighboring regions due to very porous borders. In addition, the declaration indicates that a coordinated international response and increased resources are usually needed to bring an end to the public health emergency.

With around 2,500 cases of Ebola reported and around 1,700 deaths, the current Ebola outbreak is the second-worst in history, only topped by the 2014 Ebola outbreak in West Africa. To make matters worse, deadly violence against health workers, a raging civil war with armed militias, mistrust of medical workers, vaccines, and the overall disease response continue to be present in the region, making it increasingly difficult to halt the spread of disease.

However, although this situation has the potential to cause severe global consequences and is a major public health concern, there have been problems with underfunding and a lack of staff and resources during the outbreak. The WHO Committee has “noticed that despite numerous recommendations for increased resources, the global community hasn’t contributed what they feel is necessary for this outbreak” says Chandy John, the president of the American Society of Tropical Medicine and Hygiene. There has not been adequate funding and coordination, as well as a balance of resources, both of which are required more in this case than in a usual public health issue. The WHO Committee stated that to successfully respond to the outbreak, they need countries to contribute to the United Nation’s presence in the DRC to protect the security of the health workers at risk. Additionally, more staff is needed, as an increased number of vaccines must be administered, more vaccines must be made, and funds for local health workers must be deployed.

Despite the lack of resources and money, the WHO Committee remains hopeful that declaring the Ebola outbreak a Public-Health Emergency of International Concern will lead to a more coordinated global response, as this designation is used sparingly. Chandy John explains that declaring the PHEIC “puts it front and center that there is a need for a coordinated international response”. Usually, countries are more likely to contribute resources after the situation has been declared as a PHIEC, which makes health workers and medical professionals around the globe hopeful for the ending of this terrible disease outbreak and the beginning of stability in the country.