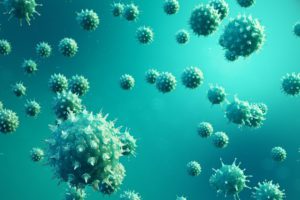 Flu shots for the 2019-20 season are out. Go and get yours! It’s the best prevention that’s available for now. I got mine on Labor Day at my local pharmacy, which proved to be a good decision as there were no lines with people still away for the holiday.

According to a recent study supported by the CDC, flu vaccines reduce the risk of severe illness dramatically. Flu vaccination among adults reduced the risk of being admitted to the hospital with flu and placed in a general ward bed by 37%. And the likelihood of the most severe forms of flu and being admitted to an ICU is reduced by 82%.

The CDC recommends an annual flu vaccine for everyone over 6 months of age. But as pediatrician and former Epidemic Intelligence Service Officer with the CDC, Beryl Rosenstein, M.D, at Johns Hopkins Hospital in Baltimore, pointed out in his letter to the Wall Street Journal, flu vaccine coverage among adults in the US during the 2017-18 season was only 37.1%. Dr. Rosenstein’s letter was triggered by the measles outbreaks in 2019 and makes the point that measles are not America’s only vaccine problem, given the high number of influenza related illnesses (9.3-49 million), hospitalizations (140,000-960,000) and deaths (12,000-79,000) each year since 2010.

I fully agree with his view that “it would seem that increasing influenza vaccination rates would have an even greater public health payoff”.

I hope there’s minimal wait time when you get your shot!