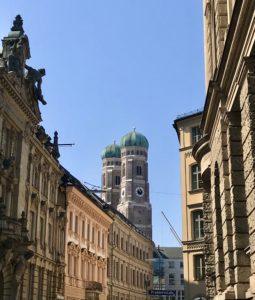 Each German federal state is responsible for public health. Pictured here is Munich, the capital of Bavaria. Photo by Mia Tellmann

Over the summer, I met with Prof. Dr. Manfred Wildner and his colleague, Dr. Herbert Zöllner, in Munich, Germany to learn about the structure of public health institutions and emergency preparedness in Germany.

Germany is a federal republic consisting of 16 states. Each individual state is responsible for public health, as well as other matters including policing and education. I wanted to understand how Germany, and in particular the individual states, organize themselves to prepare for public health emergencies. To that end, I was invited to interview two Munich-based experts who have worked extensively in this area.

Our conversation will be posted in four parts. Part 1 (below) will explain the structure of German public health institutions and how they interact with the European Union, including international organizations such as the WHO and the CDC.  In Part 2 (to be posted in a couple of weeks) we will discuss biothreat and pandemic preparedness in Germany. Part 3 will offer thoughts on comparative advantages and disadvantages of the German, UK and US public health systems, and in Part 4, I look forward to walking you through the history of public health in Germany, which is inseparably intertwined with German historic events and public figures. 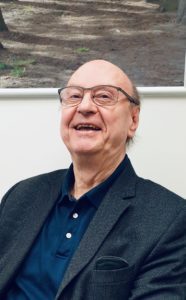 Professor Wildner and Dr. Zöllner are based in Munich, Germany.

Q: Professor Wildner and Dr. Zöllner, thank you so much for taking the time to meet with me. To start with, would you mind telling me a little about what you do?

Prof. Wildner: I am a director at the Bavarian health and food safety authority, which is quite an interesting entity as it combines food safety, animal health, environmental health and public health. I’m responsible for the human health aspects. My other appointment is the professorship for Public Health Policy and Administration at Ludwig-Maximilians-University in Munich. I am also a doctor, and worked in hospitals for seven years. I furthered my interest in public health with a master’s degree in the US and came back here to Munich. I practice, teach and listen.

Dr. Zöllner: I am retired from the WHO and now keep myself busy teaching university courses and advising on health policy in the state of Bavaria.

Q: How does the Bayerisches Landesamt für Gesundheit und Lebensmittelsicherheit fit into the overall framework for public health in Germany? How do the federal, state and international organizations work together?

Prof. Wildner: Germany is a federal republic, so you always need to think of the different levels of administration. There are four levels: first, there is the European level. Since Germany is part of the European Union, we essentially have dual citizenship – German and EU. There are rules and regulations at the European level in public health and infectious disease control.  Second, there is the federal German level. At this level is the Robert Koch Institute in Berlin. The third level are the states. Germany consists of 16 states, which we call Bundesländer. Bavaria is one of them and it’s the second biggest state with a population of 13 million. The state level organization in public health is the most important one in Germany. The fourth level are the individual counties that make up a state; public health in each county is supervised by the Gesundheitsämter (county health offices). 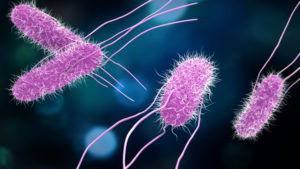 Bavaria might provide an example: if there is a case involving infectious disease, let’s say at the airport in Munich, it gets reported to the county public health office. The county public health office then reports the case to us here at the Bayerisches Landesamt. We would then check to see if it involves a special case that would need to be addressed with special measures. If so, we would ask which counter measures were taken and whether the county office needs help. If they do, we have a task force of 6-7 public health trained colleagues who would go out there to provide support. We would then notify the Robert Koch Institute in Berlin and they would notify, if necessary, the European CDC office in Stockholm and the WHO according to the International Health Regulations.

Apart from that, if a special disease, such as a hemorrhagic fever like Ebola, pops up, we would immediately notify Berlin and then Stockholm. Therefore, the responsibility for planning, surveillance, and response lies mainly within the county. If they cannot deal with it, it goes up to the state level for support. As soon as there is more than one state concerned with a disease outbreak, for example Bavaria and Baden-Württemberg, then the Robert Koch Institute will be notified. They also have a task force that they will dispatch to help control the outbreak.

Q: What about surveillance and data collection?

Prof. Wildner: The counties collect surveillance data, followed by the federal state’s surveillance data. The Robert Koch Institute has surveillance data for all of Germany, and the CDC in Stockholm has data for all of Europe. With a bit of a time delay, that could pose a weakness in the system. There are currently efforts undertaken to digitalize the notification system to save time. Within this process it will be important to balance the need for timeliness while still allowing time to validate the cases.

Q: Who decides on public health regulation and laws in Germany? 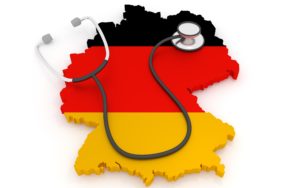 German public health legislation adheres to WHO and European regulations. Picture by Shutterstock/FlorianTM

Prof. Wildner: That is an interesting question. In Germany, while all power comes from the people, the regulations are hierarchical. At the top are the International Health Regulations from the WHO, which do not go into a lot of detail; they outline mainly the notification process in case of a disease outbreak. Then, here in Europe, we have European regulation that is quite prominent in the food domain and which has to be followed by all member countries. Next, there is German federal food legislation which may be more detailed than the European one, though it is not allowed to contradict the European one. Finally, the state and county levels have little influence on the regulations, which are mainly rooted in federal law.

Q: Do you believe the German public health system is effective? What works well and how can it be improved?

Prof. Wildner: It is a system that is developing and evolving. That is natural if you look at social and technological developments. The public health system needs to adapt to those changes. How do you adapt? We deeply believe the key is academia. You need a beating academic heart: universities doing research development, and then translating that into the practice. That is the weakness of the German system. We have regulations in place that date back to the 1930s, when Germany was a leading country in the public health field.

Dr. Zöllner: The US actually copied the German public health system. For example, the Johns Hopkins School of Public Health was inspired by von Pettenkofer`s Hygiene Institute. Now, it is going the opposite way – we are importing ideas back.

Also, what worries me the most is the legal system. It’s the burden of proof that I find difficult. The public health service has a hard time proving that there is, for instance, a tainted product on the market. If they get it wrong, they get immediately sued for lost business. In comparison, the Swiss are smarter, as they put the burden of proof on business. Every large company must have its own hygiene officer, who is charged with ensuring that the company’s products are safe. So, if there is an issue, the company must prove that its products are safe for consumption.

Q: Professor Wildner, in your book “Unser Gesundheitswesen” (“Our healthcare system”) you mention the complexity of the German system, including the large number of people, organizations, rules, etc. involved. Is there a way to reduce that complexity?

Prof. Wildner: There is no easy answer to this, for several reasons: one reason is that health care is an evolving part of social organization. You have countries that are more inclined to governmental and administrative orders, as you see for instance in Scandinavian countries. They have very logically organized government systems, which are doing very well.

Dr. Zöllner: It’s the same in England, plus in Scandinavia they have a social consensus.

Q: What do you believe is the most surprising fact about public health in Germany that people may not be aware of?

Prof. Wildner: There is an increasing awareness of the need for a stronger academic background in public health. We are pushing for that at multiple levels. We now have professorships and departments for public health at the universities again, which we think is essential. You cannot act internationally if you don’t have sound research and development domestically.

There are also two evolving aspects. The first is the “one health” aspect. You cannot think about public health as separate ecosystems, you have to think of it as one system. The other aspect which we need to develop further, especially in Germany, is the ethical aspect of public health. It is due to the legacy we have from national socialism. If you are dealing with a patient, you are dealing with one single person and you have to be sensitive to this person’s individual needs. In public health, you are regulating for a whole group of people, which is much more far-reaching. In this latter case, you need ethical guidelines in place to safeguard against biases.

THE NEXT PART OF THIS CONVERSATION WILL BE POSTED SOON. STAY TUNED!