Home » The Norwegian Approach to Public Health and Pandemic Preparedness 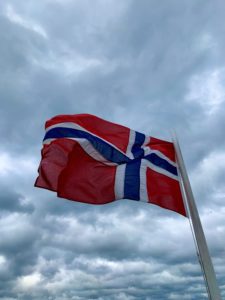 Norway has a universal health system. Photo by Mia Tellmann

As with many other countries around the world, biodefense and public health planning, surveillance, and response are the responsibilities of numerous intertwined agencies within a country that all have different assignments and responsibilities, yet have to work together to successfully protect a nation from harm.

Last summer, I interviewed a Norwegian public health expert who chose to remain anonymous. She shared with me valuable information regarding the Norwegian Government’s approach to public health. As the Norwegian health system is universal and available to everyone, I was interested to find out how they organize pandemic preparedness and the agencies involved.

Similar to other nations, Norway’s public health system involves many organizations. Although the Norwegian Government has overall responsibility for public health preparedness, a national strategy called CBRE defines responsibilities for different threats. CBRE stands for chemical, biological, radioactive, and explosive. Depending on the threat, different ministries are in charge. For example, chemicals and explosives are managed by the Ministry of Justice and the Police, while biological and radioactive threats are led by the Ministry of Health and Care Services. The Ministry of Defense oversees all incidents that fall within the defense strategy context. All ministries “work together but separately”.

Organization of the Norwegian Health System. Picture courtesy of The Commonwealth Fund

For pandemic or biosafety threats, the Ministry of Health and Care Services is responsible for overall planning, while the Norwegian Institute of Public Health (NIPH) is the main authority for infection control and infectious disease surveillance. NIPH collects samples and has a “Level 3” bio-preparedness lab available to run tests and identify pathogens quickly. A “Level 4” lab stands ready in neighboring Sweden. Doctors must report certain diseases to NIPH, who then report these cases to the European Center for Disease Prevention and Control (ECDC) in Stockholm, from where the cases will be reported to the WHO. In addition, NIPH is also in charge of compliance with the International Health Regulations and they assist other countries in this area.

Procedures for biosafety events, both intentional and unintentional such as pandemics, follow the same protocol. Half-yearly meetings are held with delegates from the Ministry of Health and Care Services, the Norwegian Directorate for Health, which is an executive agency and authority subordinate to the Ministry of Health, and NIPH, and sometimes from the Ministry of Defense, and the Ministry of Agriculture and Food, which is concerned with animal health and food safety. During these meetings, delegates go through many aspects of public health and safety in Norway, including surveillance data, disease data, stockpiles of antivirals, pandemic vaccines, and agreements with large vaccine suppliers. At these meetings, pandemic preparedness plans are created, which are then regularly updated. Norway conducts year-round surveillance monitoring, and is always on the lookout for changes in the environment that could pose a threat to public health.

Although much progress has been made, there remain challenges in deciding on the responsibilities of each entity and how the many entities will work together. The NIPH gives advice and recommendations, controls surveillance, and is responsible for vaccine deals with companies, and pandemic preparedness. The Directorate for Health implements NIPH’s recommendations, while the Ministry of Health and Care Services is responsible for changing current laws. Although the roles seem to be clear, it can often be difficult to keep them clear during a crisis, where events often develop quickly. Additionally, since the public wants to know what is happening, much of the communication and role planning must be done beforehand to prevent conflict or misinformation.

There is also a growing demand for greater efficiency and cost-effectiveness. Possible funding reductions could however become problematic if they cause pandemics not to be instantly addressed. When fighting airborne diseases, such as influenza, even a brief delay in response times can have dramatic consequences. 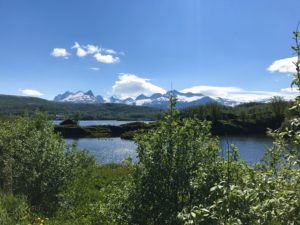 In summary, Norway is well prepared for a public health emergency. It benefits from its relatively small population size, an efficient health care system, high levels of education, and good funding of public institutions, due to a strong economy, boosted by natural resources, such as oil, gas, and fish. Even though Norway is not a member of the European Union (it is a member of the EEA, the European Economic Area), it collaborates closely with European health institutions, such as the ECDC, and neighboring countries, such as Sweden.

The fact that there is a single coordinating agency, the Norwegian Institute of Public Health, reduces complexity and collaboration needs to a minimum, which enables Norway to mobilize response efforts to pandemics or other events quickly.

Telephone interview with a public health expert at the Norwegian Institute of Public Health in Oslo, Norway, conducted on August 15, 2018