Home » Setting Priorities: Coronavirus Preparedness in the US 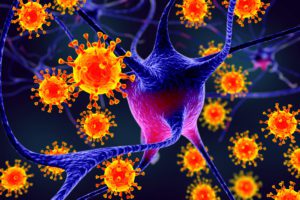 How can the coronavirus outbreak be mitigated? Picture by Shutterstock

The US seems behind in its efforts to contain the SARS-CoV-2 epidemic. Learnings from other countries, in particular Italy and Germany, indicate that infections have already spread widely in communities and can no longer be traced and controlled. These countries are ahead of the curve and there is no reason to believe that developments in the US will not follow this same path.

The steps being considered by President Trump and top administration officials will fall short of what is needed. The administration is considering limiting travel from additional countries that have major outbreaks, like South Korea and Italy (1). This won’t be particularly helpful as the epidemic is already circulating in the US and community spread will most likely be similar to the one in Germany and Italy. US resources would be better focused on the three measures listed below.

A) Delaying infections as much as possible: this is critical in order not to overwhelm healthcare systems with patients and exhaust human and medical resources. Slowing the surge of infections would allow us to benefit from the seasonal slowing rates of influenza infections and cold cases in spring, which would lessen the strain on resources.(2)

B) Preparing the health care system: bolstering care and medical capacities (postponing any elective surgeries for example) and stocking up on resources, especially medications and protective gear. The latter two will prove difficult due to the current supply chain set-up, whereby, rather ironically, the now quarantined outbreak origin center of Hubei province in China is the main global production facility for protective gear (3), and medicine production has been outsourced to China and other cheaper production countries for years. Therefore, administration officials will need to be creative to find solutions!

C) Preparing the public: while it is highly advisable and well intentioned to de-escalate fear, this should not prevent the administration from giving practical advice and guidance on precautions and protocols for everyone to follow. The German government, for example, has been doing a relatively good job managing expectations and providing practical guidance. More on this can be found in my next blog.

Meanwhile, for anyone interested in the details of how the world can deal with a pandemic, I recommend this article in this week’s Economist:
https://www.economist.com/briefing/2020/02/29/covid-19-is-now-in-50-countries-and-things-will-get-worse