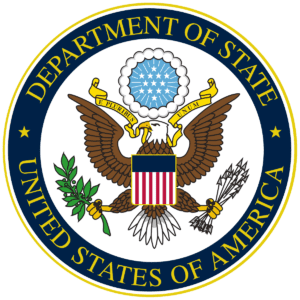 The Bureau of Counterterrorism’s mission is to promote U.S. national security.

The United States State Department’s Bureau of Counterterrorism has just released the 2019 Country Reports on Terrorism.

This report on terrorism around the world is released every year and highlights the successes and the continuous threats international and domestic terrorism pose to almost 100 countries.

The report discusses the success in the counterterrorism landscape in 2019, including the destruction of the Islamic State’s (ISIS) “caliphate” in Iraq and Syria, the killing of the Islamic State leader Abu Bakr al-Baghdadi and rising leader al Qaeda leader Hamza bin Laden, and the prosecution of ISIS fighters and their family members. The country reports on terrorism are divided by region: Africa, East Asia and the Pacific, Europe, the Middle East and North Africa, South and Central Asia, and the Western Hemisphere. In each region, the report includes an overview of the terrorism landscape in various countries. Within each nation, there is a list of that countries’ terrorist incidents in 2019, a discussion of Legislation, Law Enforcement, and Border Security in that country, a discussion of how to counter the financing of terrorism and violent extremism in each nation, and their international and regional cooperation.

In addition, Chapter 3 discusses the global challenge of chemical, biological, radiological, or nuclear terrorism. It examines the United States’ partnership and involvement with various counterterrorism agencies, including The Global Partnership Against the Spread of Weapons and Materials of Mass Destruction (GP), The Global Initiative to Combat Nuclear Terrorism (GICNT), Global Threat Reduction Program (GTR), and Organization for the Prohibition of Chemical Weapons (OPCW). Finally, the report includes a list of ongoing challenges that will dominate the United States’ counterterrorism policy in 2020. As always, the United States remains committed to fighting terrorism domestically and internationally.

The full report can be found here: