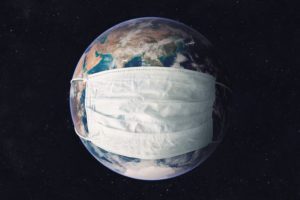 I originally created this blog as a way to spread awareness of the importance of public health preparedness, as it was an undervalued and underfunded topic. However, times have changed and public health and emergency management are at the forefront of news and public policy today as a result of COVID-19.

I wanted to take some time to address the reasons behind the rapid rise in the number of pathogens and pandemics worldwide and focus on how we can prevent, detect, and protect individuals globally from future outbreaks. As deforestation, rising sea-levels, and rising global temperatures have and will continue to lead to global pandemics, the coronavirus outbreak can be seen as part of this larger ongoing public health crisis and an example of the changing public health landscape experts have warned us about for years.

Since 1980, 87 novel pathogens have been discovered, including HIV, severe acute respiratory syndrome, Ebola hemorrhagic fever, and Nipah virus encephalitis (1). Public health experts have affirmed that “there can be no discussion about climate change without a meaningful conversation about public health” and vice versa (2). However, national surveys conducted by the Yale Program on Climate Change Communication in 2014 showed that “58 percent of Americans believe that they themselves will not be harmed by climate change, while 61 percent had given little or no thought to how climate change might affect people’s health” (3). While these numbers may have increased in recent years as climate change has become increasingly visible, they show that the connections between climate change and health are often brushed over or not connected at all, even though they will have dramatic consequences.

The increase in the transmission of vector-borne, food-borne, and water-borne diseases is mainly attributed to climate change, the rise in global temperatures, and changes in precipitation levels. All of these factors will affect the duration of the pathogens’ transmission seasons and increase the areas in which transmission is possible, such as extents in latitude and elevation (4). In addition, there could be ancient or unknown pathogens in the thawing Arctic permafrost, presenting new challenges and diseases for us to counter. Climate change will also cause mass migration, increasing the likelihood of spreading diseases globally in a matter of days. All over the world, “some existing health threats will intensify and new health threats will emerge” (5).

The WHO has warned that “a number of diseases well known to be climate-sensitive, such as malaria, dengue fever, West Nile virus, cholera and Lyme disease, are expected to worsen as climate change results in higher temperatures and more extreme weather events” (6). According to public health experts, malaria modeling shows that even “small temperature increases can greatly affect transmission potential” (7). Additionally, temperature increases of “2-3 degrees Celsius would increase the number of people who, in climatic terms, are at risk of malaria by around 3- 5%” of the global population, several hundred million individuals (7). 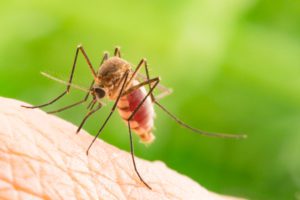 Climate change will not only increase the risk of vector-borne pathogens, but also of water- and food-borne ones. Picture by Shutterstock

Climate change does not just affect malaria transmission. Some scientists believe that it also played a role in the Ebola outbreaks as the dry seasons and the following heavy rainfalls, in which an abundance of fruit was produced, coincided with outbreaks (6).

The reality is that “it’s coming for you,” Stanford biologist Erin Mordecai said. As “the climate is becoming more optimal for transmission, it’s going to become harder and harder to do mosquito control”, among other preventative measures (8). While the good news is that warmer places will experience a decrease in the spread of vector-borne diseases as they get too hot for pathogens, the bad news is that the higher global temperatures will lead to the spreading of disease in currently colder climates. Mordecai explains the importance of understanding and predicting the rise and spread of disease so that one can factor these costs into public health budgets and public policy. If this is not done, “we’re not going to be able to get a handle on this. We’re going to be constantly playing whack-a-mole with whatever the new emerging disease is” (8).

As such, while public health is on the forefront currently due to the coronavirus, continuing to spread awareness about public health preparedness and its importance, being informed, and being realistic about the likelihood of future outbreaks is crucial to protecting individuals worldwide in the years to come.

(1) Institute of Medicine (US) Forum on Microbial Threats. Microbial Evolution and Co-Adaptation: A Tribute to the Life and Scientific Legacies of Joshua Lederberg: Workshop Summary. Washington (DC): National Academies Press (US); 2009. 5, Infectious Disease Emergence: Past, Present, and Future. Available from: https://www.ncbi.nlm.nih.gov/books/NBK45714/

(6) Cho, Renee, and John A. Idakwoji. “How Climate Change Is Exacerbating the Spread of Disease.” State of the Planet, 25 July 2019, blogs.ei.columbia.edu/2014/09/04/how-climate-change-is-exacerbating-the-spread-of-disease/.