Austria, a comparably small country with a population of 8 million, has assisted other countries in every major crisis since 2003. I was curious how this impressive track record was made possible.

My enquiry to the Austrian Government was kindly answered with an invitation from Dr. Roman Bayer, who I met in Vienna. Dr. Bayer works for the Federal Ministry of the Interior of the Government of the Republic of Austria.

Below is part 2 of my conversation with Dr. Bayer, in which we discuss Austria’s amazing track record in international crisis management.

Disclaimer:
Please note that the opinions and views expressed in this interview are Dr. Bayer’s own and do not necessarily reflect the official policy or position of the SKKM, the Federal Ministry of the Interior, or the Austrian government.

Q: I did some research and I saw that Austria has assisted in every major crisis worldwide since 2003. That is very impressive! I also love your motto “Wer rasch hilft, hilft doppelt” (“He who helps quickly, helps twice”). How is it that Austria is able to organize itself in such an efficient manner? What is its secret?

Dr. Bayer: That is an interesting question that makes me think of a book I am currently reading. It’s “The Black Swan: The Impact of the Highly Improbable” by Nassim Nicholas Taleb, which makes you think how sometimes you believe you know how things work, but then maybe it is just luck or a coincidence that things work out. 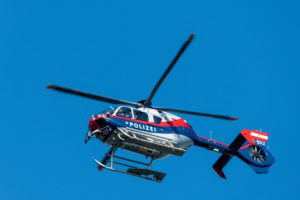 SKKM is part of the Austrian Ministry of Interior, which oversees also policing and security matters. Picture by Shutterstock

What is definitely the case for Austria, is that we are in a comfortable situation, similar to the Scandinavian countries, which also are very active in  disaster aid in the international field. The secret, I think, is that we are rather safe countries. Austria for example has floods and landslides of course, but other than that, we are very safe. Also, we don’t need to deal with too many national emergencies ourselves, and we have good financial resources. All of these factors together allow us to also help others that are in need.

Another secret to Austria’s success is its very large volunteer system. Our disaster management system is mainly based on volunteers. For example we have close to 300,000 volunteer firefighters in Austria and would not be able to maintain our fire brigades without them. In big cities, such as in Vienna and Linz, we have professional firefighters, but in the countryside or in smaller cities, it’s only volunteers. They are one of the pillars of our disaster management system.

Q: How do you work with international agencies such as the WHO and the United Nations?

Dr. Bayer: Part of my job is actually being the contact point for the UN when it comes to our UN-certified search and rescue teams and UN disaster coordination experts. Our strongest connection is of course with the European Union. The way the Council of the European Union works is that one country is running the Council Presidency for half a year and then it changes every half year. The last half of 2018, Austria was holding the Council Presidency. And one of my colleagues, who is the head of the international unit, was chairing the Council meetings for disaster management. We are very integrated in the network and there is a strong connection, with almost daily interactions with the European Union. Another colleague, who is dealing especially with legal aspects of disaster management, travels about twice a month to Brussels for policy discussions at EU level.

Coming to the United Nations, we are part of two UN networks with respect to disaster management. The first is the International Search and Rescue Advisory Group (INSARAG), which is a network of search and rescue teams comprising about 40-80 staff each. If there is an earthquake, such as in Haiti or Nepal in the past, INSARAG teams can get activated if requested by an affected country, and can arrive in country and start with rescue operations within 12-48 hours. We have two INSARAG teams in Austria, one from the fire brigade and one from the army. I am the contact person for both. 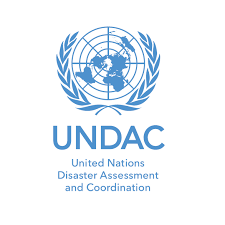 The other UN network is called United Nations Disaster Assessment and Coordination (UNDAC). It is a network of around 300-400 coordination experts worldwide, who are on standby. In Austria we have six UNDAC experts and I was trained to be one of them. Whenever something happens – for example floodings in Mozambique –, we get a message on our phone that says “are you available?”. We usually would deploy immediately and then work in teams of ~6-10 people and try to facilitate the coordination of the incoming disaster relief in the country for the first weeks. At all times, the government of the affected country is in charge: in simple terms we ask them what they need and want, and then we support the delivery of the respective relief goods and efforts in order to ease the burden of the crisis. International disaster management is always controlled by the affected country’s government, and you need of course to abide by local laws. You cannot just come in and help. It’s nice and noble, but if a country doesn’t ask for help, you need to stay out and you have to respect that.

Q: To what extent do you collaborate with the CDC in the US or the Robert Koch Institute in Germany?

Dr. Bayer: We generally receive information from various national and international organizations and take part in various international training and simulation exercises; but keep in mind that our Department is representing the Austrian national level. Our general approach to collaboration would therefore be to contact our German counterparts, the BBK – Bundesamt für Bevölkerungsschutz und Katastrophenhilfe (Federal Office of Civil Protection and Disaster Assistance) located in the Ministry of Interior in the German Government. And they would then contact the Robert Koch Institute. And for the US, our partners would be the Federal Emergency Management Agency (FEMA) in Washington, DC, in the first place and they, in turn, are in contact with the CDC.

Q: What do you see as the biggest challenge in international crisis management?

Dr. Bayer: Soon after I started here, I was at a global conference and there were a lot of questions from African delegates on “what do you do about hunger in Africa”. It’s very hard.

Two or three things pop up in my mind: the first is aid relief money, someone has to pay for what other countries need. For some crises that are immediate, like Fukushima, you get the money, but if it is Ebola or the fourth seasonal flood at Lake Kivu, you don’t. 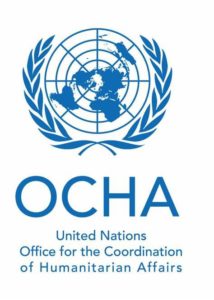 By the way, a good resource for information on global disasters is the website of the UN Office for the Coordination of Humanitarian Affairs (OCHA). They coordinate international assistance, and have good graphs to show how many people are in need or have died, and how much money is needed. They lead donor conferences and issue annual crisis reports. The 2018 report for instance says that 133 million people in 41 countries needed assistance; it also reports how much aid was asked for and how much aid was provided. Usually many crises go underfunded. If you are interested, check out their website!

Financial aid is one challenge, the other is the discipline of incoming aid organizations. There is a procedure in place that needs to be followed and the government of an affected country is always in charge. You have to remember that and  you have to understand the system and work within the system. If you are not willing to obey, you can create trouble and harm.

There is another point I would like to mention. When I studied crisis management, one of my professors told me that people always speak of natural disasters, but that term does not really make sense. And I fully agree. If a hurricane strikes a non-populated area, nobody cares. But if it hits an area where people live, it might create a disaster. And it is not a coincidence that in many third world countries you have the most disasters. Take Japan, of course they have earthquakes, but they have the knowledge and the money, and they build structures that are earthquake-safe. Of course, if it is an 8.0 quake, some buildings will collapseBut in Haiti, many buildings are built for example with brick. An earthquake in Japan might pose no problem, while one at the same level of intensity in Haiti could result in thousands of people being killed. Disasters often happen in countries where there is a low level of financial support. Disasters are created long before they occur!

Q: Could you tell me a little about how you got to where you are in your career? Did you always know what you wanted to do? Would you have any advice for young people who are interested in pursuing a career in emergency preparedness and management?

Dr. Bayer: Great question! Doing what I do now, I am in a place where I really enjoy myself. I am very happy and lucky to be here. But I never knew what I wanted to do. It took me many years after finishing school to figure out what my place would be. I always had an interest in natural sciences and studied biology. I then worked several years in a lab. I knew that was not what I wanted to do for the rest of my life. In a test that evaluated interests and possible careers, the field of disaster management popped up and I felt something. I felt really drawn to this subject. I then went to study in this field. But it was a long process. I had my PhD, taught students and gave lectures, and then I started basically all over again.

My advice would be not to do something that other people want you to do, but to really pursue what you feel is right for you.

Q: Thank you so much for taking the time to talk to me today!

Dr. Bayer: It was a pleasure!